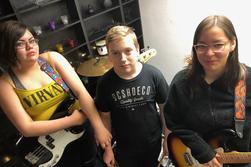 Come out and enjoy a day of amazing music in the beautiful setting of Little Red River Park!  From 11am to 5pm there will be a solid lineup of bands from across Saskatchewan.  The best part is there is NO ADMISSION!  It is totally FREE to come out and take in the Pine Needle Music Festival!

Method to Madness
Method to Madness is Ray Bear, Ezra Seed and Kirsten Aubichon. Ray and Ezra have been playing music together for 5 years now with Kirsten joining them on guitar very recently. They’ve performed at numerous events in Prince Albert such as Street Fair and Search for the Stars as well as in Saskatoon at the Underground Café. Their music is grungy and they will wow you with their precision, confidence, wit and straight up rock n’ roll attitude.

Formed in 2016 by Lee Harris and Kris Mihilewicz, Oscar's Hollow revisits the musical chemistry between old high school friends. Mihilewicz and Harris both have distinct individual styles which blend within
Oscar’s Hollow in ways reminiscent of Jim Cuddy and Greg Keelor (Blue Rodeo). The group's folk-rock sound evokes comparisons to The Band or Wilco, constantly pulling influence from a broad spectrum of other styles and genres.
Joined by Kurt Burnett on drums, Byron Shaw on bass and guitar and multi-instrumentalist Darryl Dozlaw, the resulting 5-piece wasted no time writing songs for their first self-titled EP and are currently recording its follow up.
Oscar's Hollow has proven themselves as a live show not to be missed, headlining the River Road Festival and opening for established artists like Elliott Brood. They are currently working on the follow up to their first EP and booking shows for 2019.

As a solo artist, Hattie transcends genres within his own created dimension of grunge-pop, creating dusty, lyrical songs that send you to the edge of your own world, while keeping you grounded with the pop savvy he cut his teeth on many moons ago. While much of today’s popular music takes influence from the past, with country and rock acts replicating the days of old, Hattie is the last of a dying cowboy breed. An outlaw at the door of the apocalypse, a cigarette in his mouth, waiting for something to give, listening to The Smiths in one ear and the Smashing Pumpkins in the other.”

Their music is described as an amalgam of 1960s garage rock and more modern elements (Think The Kinks meet Spoon). Their live performances are expressive with an emphasis on fun, “dance-y” tunes. The band is preparing to promote their new EP, released in the summer of 2019.

SaskMusic describes: “The Fuss presents a beautifully varied show, possessing an energy that is infectious with the dynamic voice of Pete Oldridge complimented by his chiming, rhythm-chopping guitar along with the scintillating riffs of Chris Valleau.” Drummer Erik Sample and Keyboardist Katherine Jones became permanent fixtures early in 2018 and the group, which initially formed in 2016, and spent the past year playing memorable shows, including opening for Hooded Fang on the Main Stage of Saskatchewan’s prestigious Ness Creek Music Festival (with the performance being re-broadcasted on Sasktel’s On Demand programming), and performing in front of a sold out crowd at the Coors Event Centre along with Saskatoon’s Bombargo. The group has also been working on honing recordings for their second album.

​Jazz boy gone rapper. Connor Newton  is one of the most in demand saxophonist/session musician and has reintroduced himself as Contrafact. This fusion of jazz and hip hop works to spread swag and sexiness from the prairies to the coastlines.  After studying jazz on both sides of the country, in Edmonton and Toronto, Connor moved back to Saskatoon, and linked up with the funkiest cats north of the 49th parallel; Sammy Folkersen, Bryn Becker, Graham Tilsley and Kyle Krysa to form the Contraband.  Contrafact and the Contraband are currently in the studio working on a full length record, planning a tour, and having a good time all the time.

Dirty & The Perks is a four piece Neo-Folk-Rock outfit from Saskatoon. The Perkin siblings provide upbeat strings unconfined to traditional rhythms while dueling, powerhouse vocals drag you into the haunting, winding maze of Jordan Diederich's lyrical finesse. Topped off with stompy timing and dynamic performance, this group is a proven crowd pleaser with an enthusiastic and dedicated following.

We are extremely excited to have Kelly back as our emcee!

From the first time stepping on stage it was only 9 short months later that Kelly was headling. In just his second year of comedy, Kelly Taylor shocked the comedy industry by placing second in the prestigious Just for Laughs Homegrown competition. Competing against comics who have been in the business for ten plus years, Kelly Taylor firmly made his mark at JFL. His performance did not go unnoticed as creative heads from NBC Universal, Happy Gilmore Productions and Jimmy Kimmel quickly approached with interest. Later that year Kelly did a tour of the Canadian Colleges, and was Named Canadian College Comedian of the year.

Already conquering Canada he has now moved on to being one the busiest comedians on the American college scene. Kelly Also starred as the lead role in the movie Sure Shot Dombrowski. Kellys ability to headline clubs, corporate and college events at just three years into his budding career is evidence that this kid is the real deal. Aside from Just for Laughs, he has already appeared at The Vancouver and Halfax Comedy Festivals. Kelly has performed all across the country including LA and New York City at some of the most well respected clubs in the industry.

Over the past 8 years the Festival has had Bombargo, The Wolfe, All Mighty Voice, Jeffery Straker, In With The Old and Zoo Lion, Friends of Foes, Ponteix, Ellen Froese, The Garry's and The Steadies. 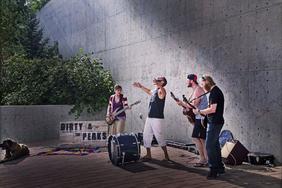 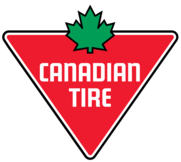 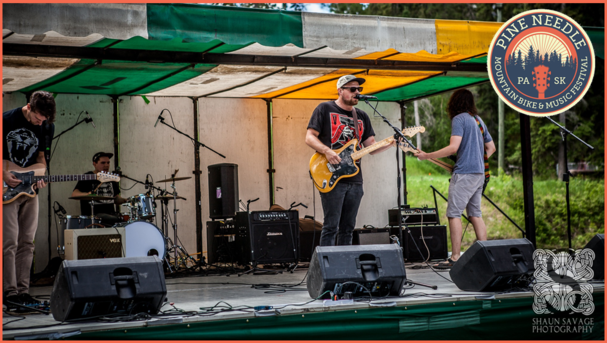